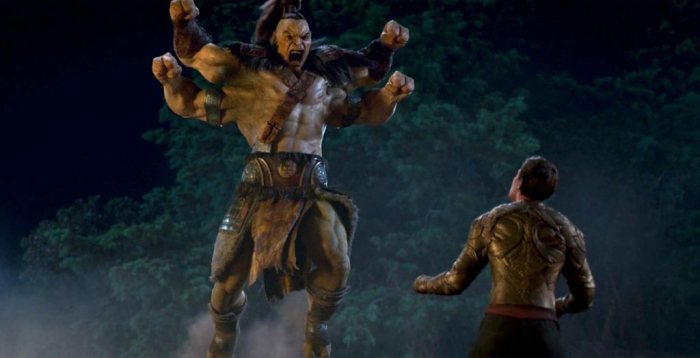 “Mortal Kombat” was just a video game back in 1992, offering players some character histories and the creation of weird realms to support a fantasy fighting game that offered striking visuals and, of course, ridiculous amounts of graphic violence. It was Grand Guignol for the arcade generation, but its producers didn’t stop there, offering video game sequels (the latest chapter was released in 2019), comic books, merchandise, and, of course, movies. There have been a few attempts to bring the video game universe to the big screen, mostly notably a 1995 offering from director Paul W.S. Anderson. The new “Mortal Kombat” endeavors to launch the brand name to new cinematic heights, offered a sizable budget to detail flashy visuals and boasting an R-rating to preserve the core appeal of the game, maintaining its gore zone standards. It also happens to be an entertaining picture once it gets past mountains of exposition, delivering heavy fighting between strange combatants, and bodies are appropriately destroyed in a myriad of ways.

Cole (Lewis Tan) is an MMA fighter struggling with his career, trying to make money to support his wife and daughter. Out of the blue, Cole and his loved ones are attacked by Sub-Zero (Joe Taslim), introducing the fighter to the dangers of Mortal Kombat, a tournament that decides control of the universe, with Shang Tsung (Chin Han) looking to destroy his opponents before the competition begins. Rescued by Jax (Mehcad Brooks), a member of the Special Forces, and brought to Sonya Blade (Jessica McNamee), Cole is introduced to the concept of Earthrealm, which is being prepared for domination by Shang Tsung and his champions of Outworld. Cole bears the special mark of Mortal Kombat, soon undergoing training to find his “arcana,” a special power found inside the fighters, receiving help from Liu Kang (Ludi Lin), Kung Lao (Max Huang), and Lord Raiden (Tadanobu Asano). 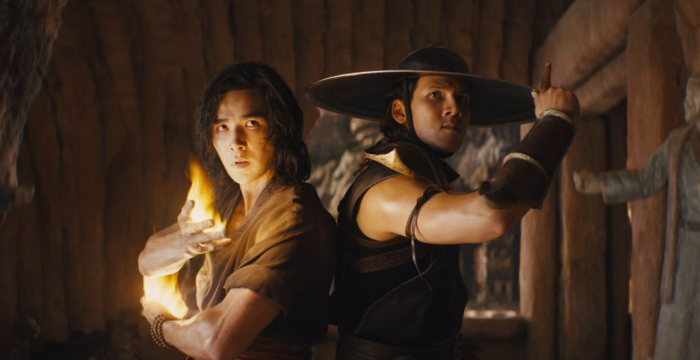 The screenplay by Greg Russo and Dave Callahan aims to establish a franchise with “Mortal Kombat,” using the first film to pour a foundation of characters and locations. Cole is the lead character of the picture, the audience surrogate, but the feature opens with a lengthy prologue in 17th century Japan, where Bi-Han, the future Sub-Zero, aims to destroy his archenemy, Hanzo Hasashi (Hiroyuki Sanada), the future Scorpion. It’s an extensive battle that introduces viewers to Sub-Zero’s command of ice and Hanzo’s mastery of the kunai, which plays into his future form after suffering a devastating defeat. Cole eventually enters the tale, depicted as a bruised and battered man no longer connected to his inner power, covering a dragon birthmark on his chest that’s tied to a prophecy, soon granting him an audience with Lord Raiden and other warriors of Earthrealm. It’s an odyssey that begins with a suburban attack from Sub-Zero and continues to his meeting with Jax and Sonya, who’s currently entangled with Australian creep, Kano (Josh Lawson), and he provides an explanation for the birthmark and its ability to be transferred after the death of the fighter. Kano stole his mark, and Sonya wants one.

“Mortal Kombat” never comes to a full stop, but director Simon McQuoid (making his helming debut) is quick to pause the picture to maintain all the world-building going on, sold in monologues from the cast, who have the unenviable task of establishing characters and franchise mythology while trying to make such breathless exposition seem like natural conversations. It doesn’t always work, but the material is ambitious when it comes to creating a community of brutalizers, some more fantastical than others, and deal with Earthrealm/Outworld concerns, even slipping in some activity with the Netherrealm. For those who walked away from “Mortal Kombat” in the 1990s, all this information is a bit eye-crossing at times, but the core details, including the hunt for arcana, are compelling, and McQuoid has more of a visual sense than Anderson, giving the endeavor scale and ferocity, with the fights extremely violent, living up to expectations as limbs are torn, bodies are cut in half, and heads roll. Blood is also literally weaponized, making Sub-Zero the most dynamic opponent. The screenplay also adds many callbacks to the original game, which should please the fanbase. 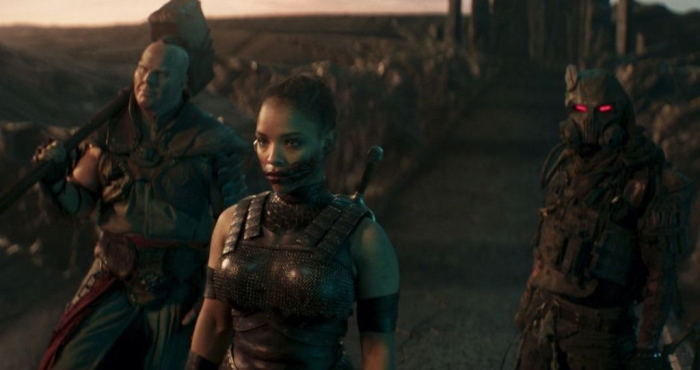 Oddly, “Mortal Kombat” is based on a game about a fighting tournament, and the screenplay is about the formation of a fighting tournament, but a fighting tournament never appears in the movie. The script is basically an introduction to everything about this fantasyland, which doesn’t leave enough time to get to the central crisis between Earthrealm and Outworld. The production doesn’t skimp on fight scenes, which handle with expected choreographed liveliness, and the feature is filled with characters from the game, adding monsters and machines to the war. “Mortal Kombat” isn’t a stunning creative achievement (its sense of humor is awful), but it’s a fun ride with difficult source material, as the production is tasked with combing through a lot of video game history to make an enticing cinematic experience, which is planned to be the first of many. And frankly, with subplots now in place, a sequel could do a lot of thrilling damage.