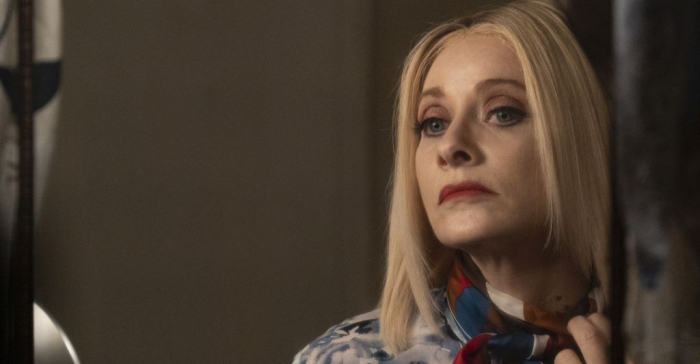 The trials and tribulations of a longstanding marriage are filtered through genre filmmaking in “Jakob’s Wife.” It’s a pairing of domestic disappointment and vampirism that gives the material a special twist, with writers Kathy Charles, Mark Steensland, and Travis Stevens (who also makes his directorial debut) doing something inventive with horror formula and marriage therapy, coming up with an oddball chiller that attempts to offer a little heart before it sucks it dry. Terrific performances from star Barbara Crampton and Larry Fessenden carry the endeavor, which isn’t always confident with tone, losing its way at times. However, the movie is memorable and periodically wicked, managing to bring something different to screens as the story examines common relationship problems while keeping things drenched in blood. Read the rest at Blu-ray.com