Film Review - In the Earth 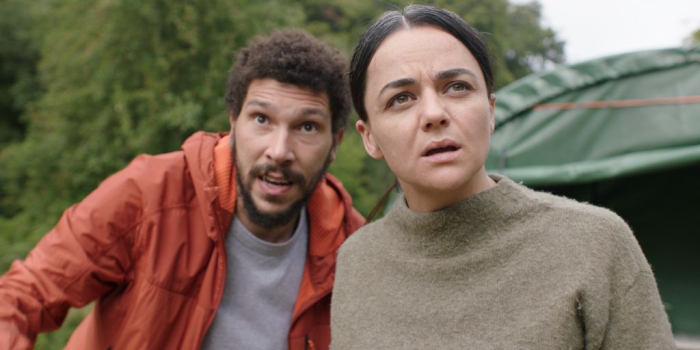 The big selling point of “In the Earth” is the story of its creation. Feeling restless during the first few waves of the COVID-19 pandemic, writer/director Ben Wheatley decided to keep marching forward with his filmmaking career, electing to bring a small crew and group of actors into the deep woods to realize a horror movie about the damaging effects of isolation and the mysteries of nature. “In the Earth” plays into the whole iffy idea of a COVID-19 picture released during COVID-19, and I’m not sure there’s going to be much of an audience for the endeavor, but timing is the least of feature’s problems. After attempting to broaden his career with last autumn’s “Rebecca,” Wheatley’s back to his usual helming habits with his latest effort, trying to summon a brain-bleeder with moments of extreme violence, laboring to transform the world around us into a blistering cinematic threat. Read the rest at Blu-ray.com