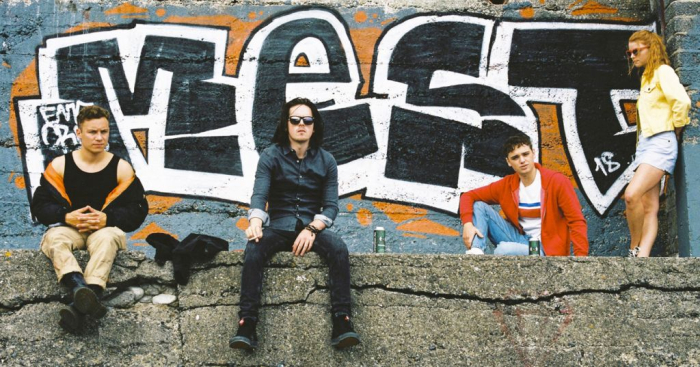 “Here Are the Young Men” is an adaptation of a novel by Rob Doyle, which is the first of many problems facing the production. It’s book that takes 304 pages to work through the angst and anger of juvenile characters on the precipice of adulthood, embarking on a destructive summer before responsibility seeks to divide them, possibly forever. Doyle had the benefit of pages to work out these personalities and their tenuous grip on sanity. Writer/director Eoin Macken has 95 minutes to make it through some impossibly bleak and surreal storytelling, and it’s a marathon he can’t complete. “Here Are the Young Men” has ideas on the nature of masculinity and psychopathic tendencies, even squeezing something resembling a commentary on media influence, but Macken is working uphill with this material, struggling to make sense of motivations and subplots, and his taste in casting leaves much to be desired.

It’s the end of the school year, and Matthew (Dean-Charles Chapman) isn’t sure he’s ready to experience life as an adult, forced to participate in a world that demands more than he’s willing to give. He’s joined by Rez (Ferdia Walsh-Peelo), a goth type, and Kearney (Finn Cole), an aggressive young man looking forward to military service, hoping to satisfy his curiosity about murder. The three friends elect to start a war against their routine, attacking their former school and headmaster, Mr. Landerton (Ralph Ineson), and they fill themselves with drink and drugs, trying to manufacture a good time. While out on the town, the pals witness a car accident that takes the life of a little girl, with this death changing the tone of their misadventures, sending each young man on an individual mission of self-destruction, with Matthew trying to find comfort in the arms of Jen (Anya Taylor-Joy), a longtime friend who’s about to move to America. 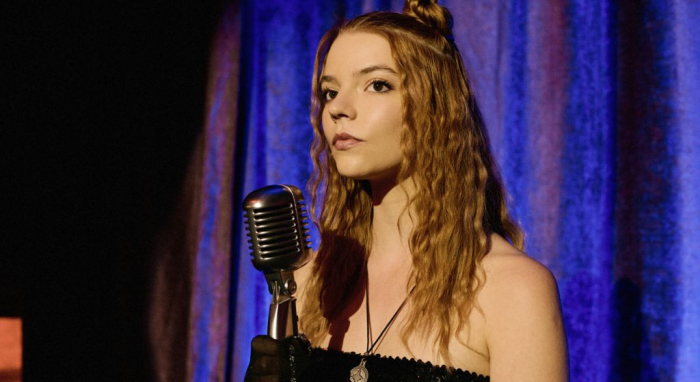 As it goes with most coming-of-age movies, the kids aren’t alright in “Here Are the Young Men.” The story begins on the last day of school, with Matthew experiencing a difficult meeting with Mr. Landerton, deflecting his advice to expediate his escape from a confining institution. To celebrate such liberation, Kearney dreams up a plan to break into the building and trash the joint, culminating with the discovery of Mr. Landerton’s car, which is smashed by the trio. The authoritarian discovers the mess, imploring Matthew to walk away from such temptation, but the character refuses, setting the tone for the tale, which tracks the character’s decent into depression and confusion brought on by a fear of tomorrow. It’s a provocative sequence, highlighting the casual cruelty of teenagers, also setting the pace for “Here Are the Young Men,” which is basically made up of scenes involving the guys and their penchant for ruinous behavior.

Jen is meant to be the bright spot in Matthew’s life, with the young woman once a buddy with the boys, and now she’s Matthew’s object of desire, pairing up with him at the very moment she’s about to leave Ireland for America, starting fresh in a new land. Matthew wrestles with this reality, and he’s floored by the accident, witnessing death for the first time, and it comes in the form of pure innocence struck down by a speeding car. The event rubs Kearney and Rex raw as well, with the latter spiraling into finality, offering existential monologues to his girlfriend before checking out the value of a permanent goodbye, ridding himself of haunted thoughts. Kearney works up the nerve to explore his bloodlust, experiencing insanity as he envisions himself the star of a trashy talk show, offered a platform for his screaming mind (Noomi Rapace makes a cameo as a guest). He graduates to possible murder, giving “Here Are the Young Men” some chiller moments as Kearney tries to pull Matthew into his toxic orbit, which involving the intentional poisoning of a homeless man (Travis Fimmel). 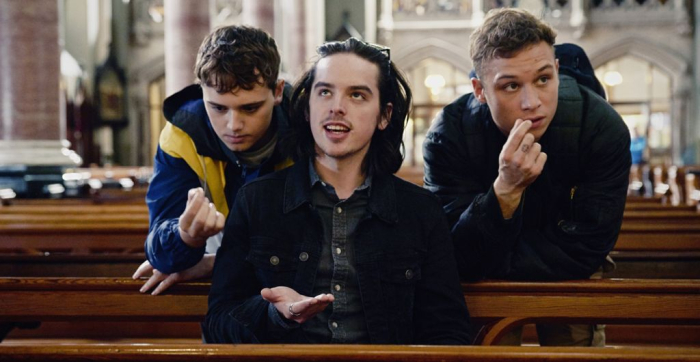 “Here Are the Young Men” weaves around unreality, which may have worked in the book, but such strangeness is too much for Macken to handle. He ends up with a messy feature, and one that’s prone to unseasoned performers electing to scream their lines in an effort to showcase their acting. The movie grows fatiguing long before it reaches any sort of point, and passes at media criticism (and its destructive influence) and domestic neglect aren’t strong enough to make a difference, coming across as ideas from the novel wedged into a picture that would be better served with a more dedicated dramatic focus on human frailty.