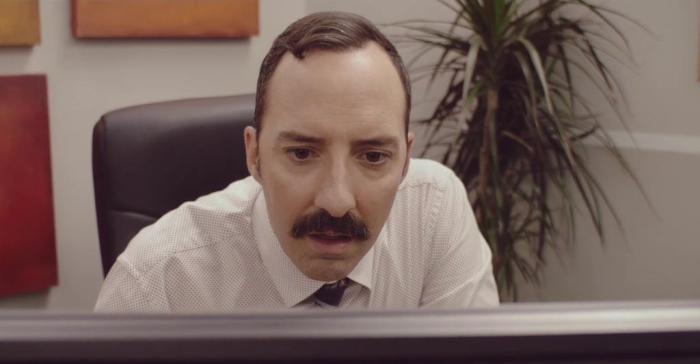 “Eat Wheaties!” is a film that defies classification. It’s an adaptation of a 2005 book by Michael Kun, who created a fictional look at celebrity obsession, creating the character of Syd Straw, a seemingly normal guy who gets in deep when he elects to contact actress Heather Locklear and doesn’t realize he should stop. The famous person has been updated to Elizabeth Banks in the screenplay by Scott Abramovitch (who also directs), but the general idea remains, examining the tunnel vision of a character who loses himself in a strange perception of reality. It’s a very funny picture, but it’s not really a comedy. There’s darkness to the effort, but it’s hardly “The King of Comedy.” Abramovitch finds a weird rhythm for his odd movie, dealing with something slightly menacing in a bright way, also guiding Tony Hale to one of his best screen performances. Read the rest at Blu-ray.com