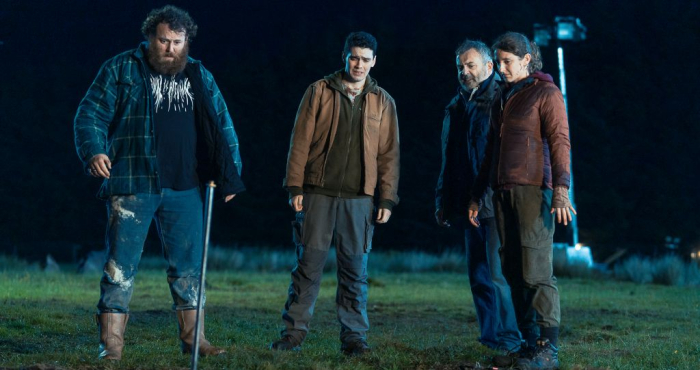 It’s not easy to introduce a vampire film to the masses these days, as the subgenre is loaded with competition, with each endeavor attempting to have fun with monster thrills while dealing the challenge of familiarity. Just last week there was “Jakob’s Wife,” a clever reworking of master/slave relationships, and now there’s “Boys from County Hell,” which brings bloodsucking problems to rural Ireland, combining beer-soaked camaraderie with the dangers that come with a creature of the night. Writer/director Chris Baugh has the right idea with the picture, but doesn’t give the effort enough urgency. “Boys from County Hell” delivers violence and retains interest in becoming a creature feature, eventually, but the path to a payoff is unexpectedly slow, and Baugh struggles with tonality, bringing together fantasy survival challenges and the real-world pain of personal loss, making for quite an uneven movie at times.

Life is stale in the town of Six Mile Hill, as Eugene (Jack Rowan) faces a future of labor and responsibility he’s not entirely interested in, joined by his friends, William (Fra Fee), SP (Michael Hough), and Claire (Louisa Harland). Six Mile Hill positions itself as the inspiration for Bram Stoker’s “Dracula,” with the author visiting the area, encountering a local myth about an ancient vampire buried under a pile of stones on an open field. With plans for a bypass road finally secured, the stones are set to be demolished by Eugene and his father, Francie (Nigel O’Neill), causing tensions in the area. However, when tragedy strikes on the stones, everything changes for the residents, who uncover the return of a grand vampire who craves blood once again. When escape is thought to be impossible, Eugene and his pals prepare for some kind of fight, unsure what they’re up against as they come into contact with deep-seated pain from their past. 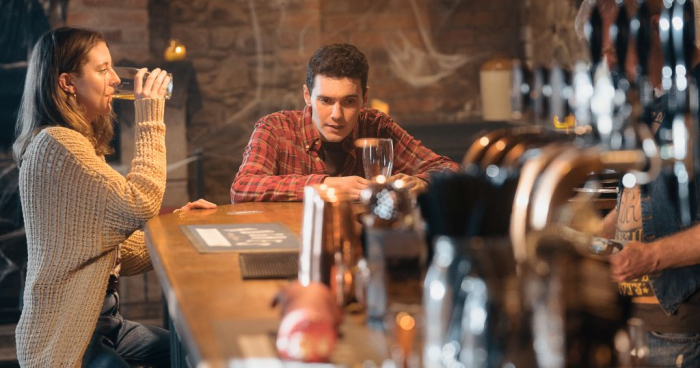 The writing offers an efficient way to establish the threat coming for Six Mile Hill. The feature opens on a pair of senior citizens arguing about their evening plans, only to be overwhelmed by blood draining from their eyes and noses, causing panic and confusion. The story dials back three months to meet with Eugene and his friends, who hang out at The Stoker, a local pub where nothing happens. When two Canadians pay a visit, they’re offered a tour of the area, including a trip to the pile of stones where the legendary master vampire is buried, which gives the audience necessary information and establishes the playfulness of the community, who pull a prank on the visitors, reducing horror history to a crude joke. “Boys from County Hell” creates a feel for the locals and the land, which is about to be turned into a roadway, pushing families, including William and his father, George (John Lynch), out, changing the way things are in Six Mile Hill. 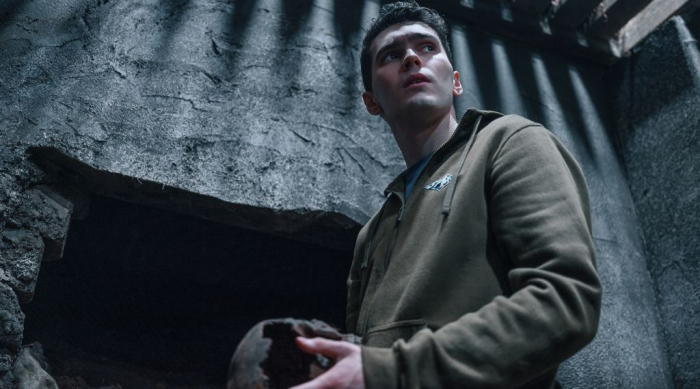 Baugh explores the uneasiness surrounding this development, as Eugene is faced with restoring his late mother’s farm and dealing with his father’s construction business, while William doesn’t sense much of a future anywhere, making plans to move to Australia. Change is in the air, and so is danger, beginning with the discovery of a human skull on Eugene’s property, leading to questions that shouldn’t be answered. “Boys from County Hell” teases escalation, but Baugh doesn’t follow through, providing an exciting scene of possession involving one of Francie’s employees (who’s been taken over by the mystery vampire) before slowing the feature down, returning to conversations and confessions. Character business is always welcome, but “Boys from County Hell” loses its command of horror as emotional problems are assessed, leading to some slight repetition of psychological ache (everyone in town as endured the loss of someone close) and a gradual loss of pace, making the film crawl to its final act.

“Boys from County Hell” is competently performed and heavily accented (sharp ears are required for this picture), and it eventually works up the nerve to unleash a more defined sense of peril, generating some necessary thrills. Baugh takes things a bit too seriously at times, forgetting to maintain focus on screen movement, or he’s not brave enough to transform a vampire movie into a community drama. Jokes aren’t very snappy either. “Boys from County Hell” shows promise and storytelling clarity from time to time, but it’s not a consistent viewing experience, with a few too many near-misses when comes to finding the potential of this strange story that involves a vampire attacking a town where everybody’s life force has already been sucked dry.