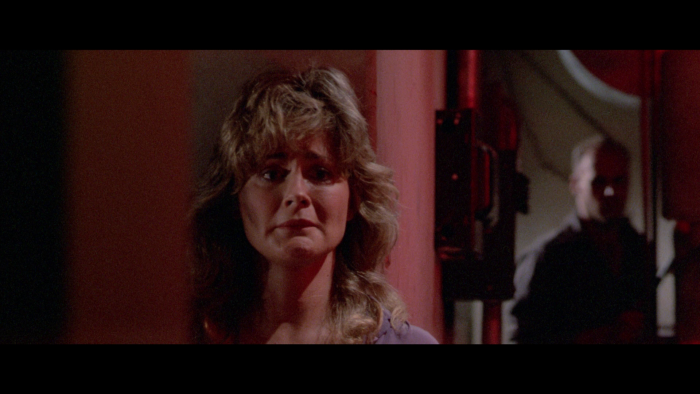 While the world knows of "Friday the 13th Part III" and "Jaws 3-D," there were a few other titles in the early 1980s competing in the marketplace race to give genre fans their fill of 3-D action and horror during the format's brief resurgence. One of these titles is "Silent Madness," an ill-fated 1984 offering that elected to remain within slasher expectations to be please ticket-buyers, but the screenplay isn't 100% committed to the idea. Writers Bob Zimmerman and Bill Milling try to keep the feature as more of a mystery than a chiller for the first hour, eventually giving up with a more chase- heavy, bloody final reel of audience-pleasing bodily harm. "Silent Madness" is a strangely conceived picture, and not all that compelling for its first half, but once the production gets comfortable with its destiny the effort grows more entertaining, especially with select 3-D highlights and an unusual choice for a heroine. Read the rest at Blu-ray.com