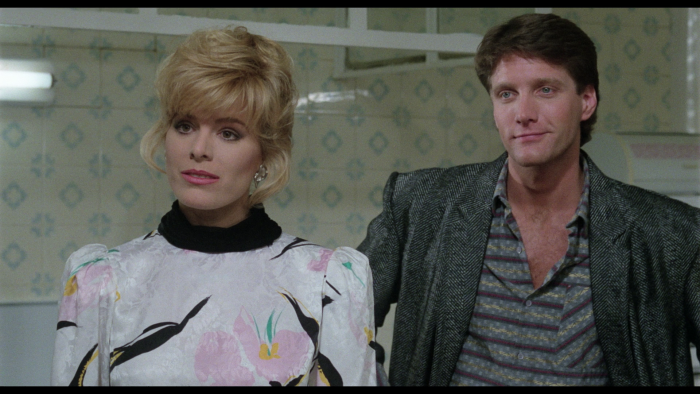 Director Jose Ramon Larraz ("Vampyres," "Deadly Manor") tries to put together a haunted house experience with 1987's "Rest in Pieces." It's an admirable quest, but quite a difficult one to pull off without a decent budget or a professional cast. It's an uphill climb to frights for the production, which tries to generate some murderous events, but only between scenes of people unpacking luggage. It's difficult to understand what was going through Larraz's mind with "Rest in Pieces," which plays like a movie that had a screenplay, but still scrambles to find things to do to fill the run time, while the helmer's choice of a lead actress is downright bizarre, putting a lot of faith in Lorin Jean Vail and her complete inability to act. Read the rest at Blu-ray.com