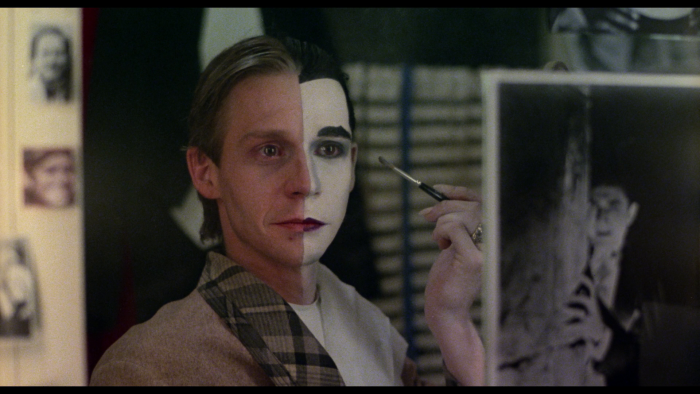 1980's "Fade to Black" offers a fantastic idea for a serial killer story, examining the mental fracture of a film fan who's been rejected by his one true fantasy, taking out his rage on those who've wronged him, becoming screen icons to psychologically deal with his capacity for vicious violence. Writer/director Vernon Zimmerman only manages to get halfway with the concept, but the weirder side of the feature is quite interesting, hinting a wonderfully bonkers picture if Zimmerman paid a little closer attention to structure and casting. What's presented here has its moments, but it barely feels like a completed movie. Read the rest at Blu-ray.com