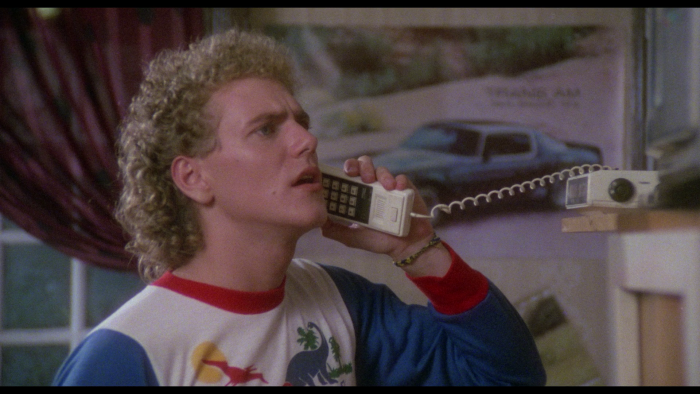 After making some noise with 1985's Mexican horror film, "Cemetery of Terror," writer/director Ruben Galindo Jr. tries to deliver something more Americanized for 1988's "Don't Panic." Unfortunately, the helmer doesn't have a game plan for the picture, which slaps together teen romance, family issues, and pieces of "A Nightmare on Elm Street," presented as a random ride between dimensions of reality featuring teen characters. The unintentional laughs come fast and furious with "Don't Panic," finding Galindo Jr. struggling to make sense of anything in the feature, fumbling with scares and unavoidable silliness as he attempts to pay tribute to the genre gods with this sloppy effort. Read the rest at Blu-ray.com