Film Review - The Devil Below 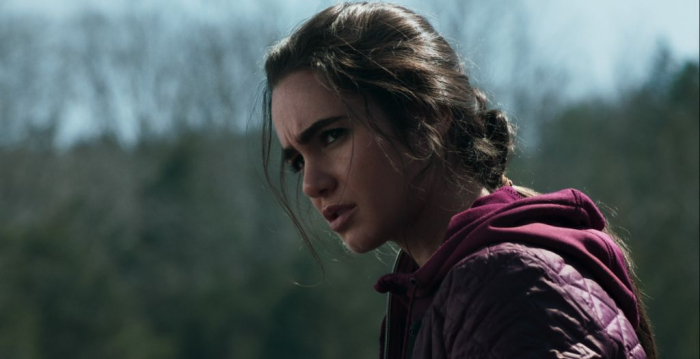 Bradley Parker is a visual effects supervisor who’s contributed to recent efforts such as “Ad Astra,” “Godzilla: King of the Monster,” and “Jingle Jangle: A Christmas Journey,” helping the features deliver some impressive cinematic highlights. As a director, Parker made his debut with 2012’s “Chernobyl Diaries,” a crude, instantly forgettable endeavor that didn’t launch his helming career as imagined. It was a terrible film, and he follows it up with another weak offering of horror, with “The Devil Below” caught in a similar spin cycle of untested actors handed feeble dialogue while marching around an underlit location searching for trouble. There’s only one genuinely interesting development in “The Devil Below,” but it’s dismissed in the opening scene, leaving viewers to make it through a painfully talky picture that occasionally works up the energy to become a monster movie. Read the rest at Blu-ray.com