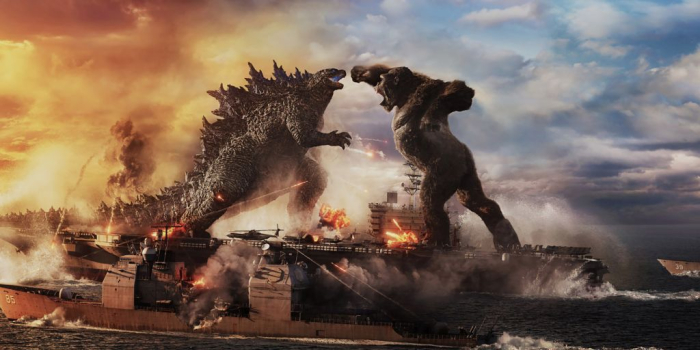 It’s taken a little time to reach this point. The MonsterVerse began with a great deal of hope in 2014’s “Godzilla,” which found a sizable audience hungry for a big-budget take on the famous kaiju. Attempts to turn the hit picture into something grander and interconnected continued in 2017’s “Kong: Skull Island” and 2019’s “Godzilla: King of the Monsters,” with the producers gradually working their way to a big screen showdown between cinema’s most famous towering beasts of destruction. And now there’s “Godzilla vs. Kong,” which is meant to be a payoff for such blockbuster patience, finally delivering on a massive showdown, giving the monsters time to rumble after years spent establishing backstory and motivation. And director Adam Wingard delivers a major event with “Godzilla vs. Kong,” which isn’t just the best chapter of the MonsterVerse, it also delivers on expectations, with plenty of smashmouth sequences featuring the titular opponents, while the human element manages to remain appealing and sparingly used, leaving enough room for a main event meant to fuel playground debates for years to come. Read the rest at Blu-ray.com