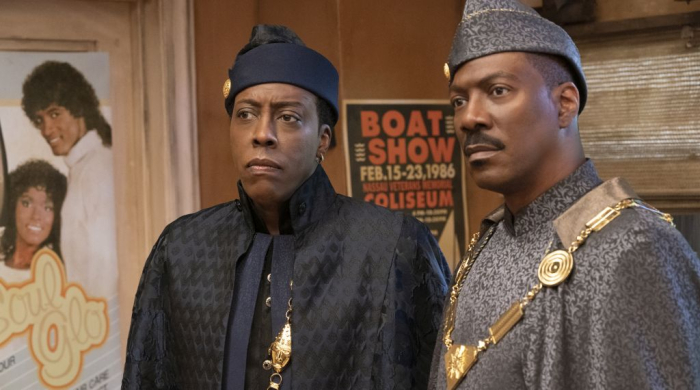 After 33 years, Eddie Murphy is ready to party again. 1988’s “Coming to America” is largely regarded as the end of Murphy’s golden age, when the young comic stormed the box office charts with hit comedies, turning himself into industry royalty with the feature, which delivered his last major success for years. The triumph was earned, with Murphy taking producing and starring duties, looking to transform himself into a traditional leading man, challenged to set romantic moods while engineering absurdity with a fish out of water comedy that, while overlong, did the trick, turning Murphy into a defined actor. The star has been in a good mood in recent years (scoring big with 2019’s “Dolemite Is My Name”), so it only makes sense to have Murphy return as Prince Akeem, looking to generate a boisterous screen sequel with “Coming 2 America,” a long-awaited return to the world of Zamunda, which is facing a fresh crisis of royal leadership. Read the rest at Blu-ray.com