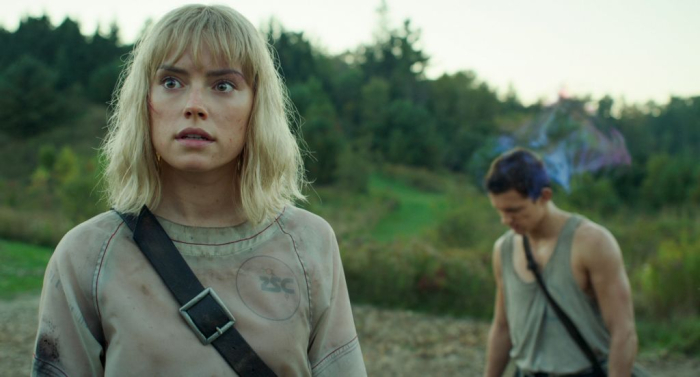 Author Patrick Ness created a large sci-fi/fantasy world with his “Chaos Walking” trilogy of books. The YA offerings generated a sizable fanbase, and such financial attention typically inspires a call from Hollywood, a town that, despite repeated and costly failures, remains determined to transform every workable YA novel into a franchise for years-long milking. However, “Chaos Walking” isn’t material that lends itself to high adventure, wizard battles, or dystopian gamesmanship. It’s a more internalized, character-driven experience that’s handled roughly by the film adaptation, with the screenplay clearly struggling to make sense of material that worked for many on the page. Director Doug Liman is simply overwhelmed by the endeavor, wrestling with the expectations of the fanbase and the needs of those new to the world-building. “Chaos Walking” attempts to be something special and unique to the subgenre, but it doesn’t emerge with much authority, relying on generic ideas to simply find a way out of the complicated story. Read the rest at Blu-ray.com