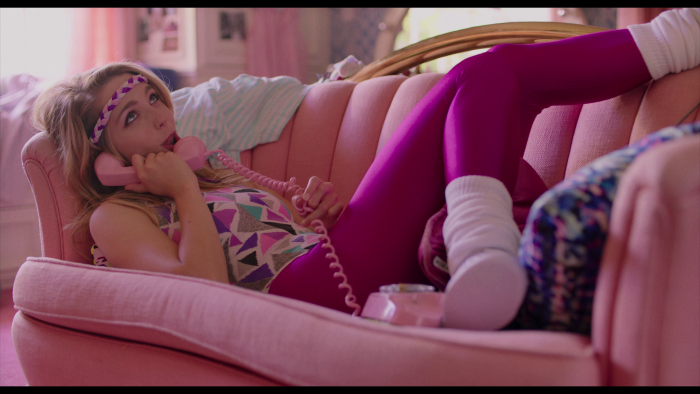 When is a remake not exactly a remake? I give you "Valley Girl," which is a reworking of the 1983 cult hit. What was once a gentle but textured look at a developing romance between opposites in L.A. (a riff on "Romeo and Juliet") has now been turned into a jukebox musical that's all about soundtrack hits, candied cinematography, and broad performances. To bring "Valley Girl" back to the screen, the producers have made several changes to the tone and approach of the original film, aiming to reach a much younger audience with a simplified tale of love as it works through cultural and social challenges, and is frequently expressed through song. Director Rachel Lee Goldenberg (a veteran of schlock-meisters The Asylum) isn't trying to find dramatic grit with her vision, she's striving to generate a party atmosphere for sleepover audiences, delivering a pleasingly fluffy, high-energy offering of teen exuberance. Read the rest at Blu-ray.com