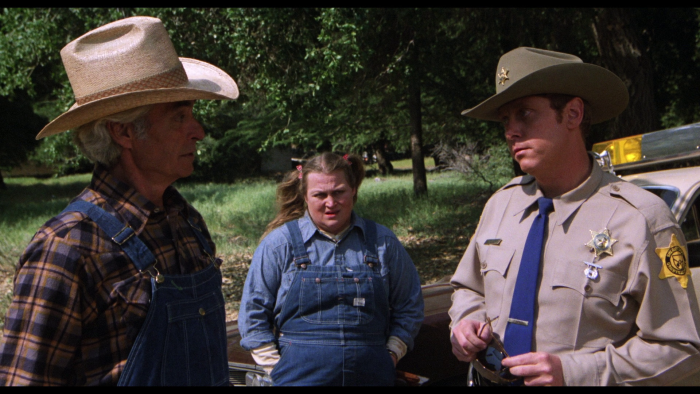 1980's "Motel Hell" entered the box office race at a special time in horror history, trying to find an audience for the Halloween holiday after "Friday the 13th" managed to dominate the early summer, inspiring studios to scramble for similar low-budget endeavors. Writers Robert and Steven-Charles Jaffe weren't looking to crank out yet another slasher offering with the picture, trying to infuse the material with as much humor as they could get away with, delivering a screen nightmare that's more about oddity than offing victims. Studio interests eventually tried to bend "Motel Hell" into a more generic direction, but the feature, while not really a laugh-out-loud viewing experience, is quite inventive in the ghoulishness department, representing a last gasp of storytelling eccentricity before the industry demanded nothing but "Friday the 13th" knockoffs. Read the rest at Blu-ray.com