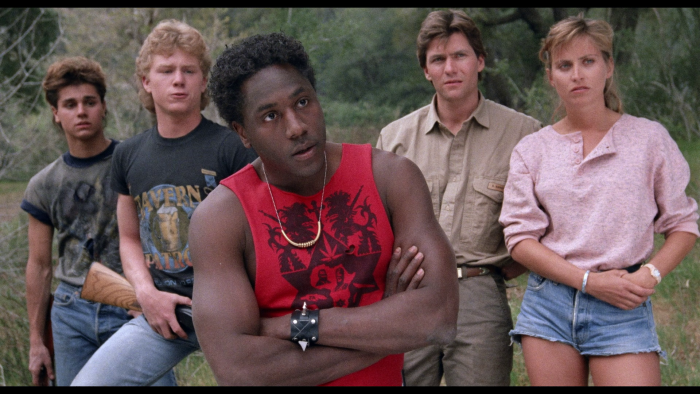 1989's "Memorial Valley Massacre" is credited to screenwriters George Francis Skrow and Robert Hughes (who also directs), and one of these guys must've had some previous experience working in the national park service. This is horror picture about a feral man on the loose who doesn't take kindly to those who invade his territory, murdering trespassers, but the real story here is a level of disdain for park campers and their horrible behavior, ranging from employee contempt to unrepentant littering. It's actually quite interesting to watch the film depict outsiders as selfish monsters, and there's some initial hope that the writing will remain focused on the systematic offing of those who don't treasure the pure beauty and fragile ecosystems of the great outdoors. Alas, this is the 1980s, and a scary movie isn't going to get very far on noble intent alone, with the production soon locking into a routine of death and interpersonal discord, turning to bloodshed to meet marketplace demands for slasher entertainment. Read the rest at Blu-ray.com