Blu-ray Review - I Spit on Your Grave 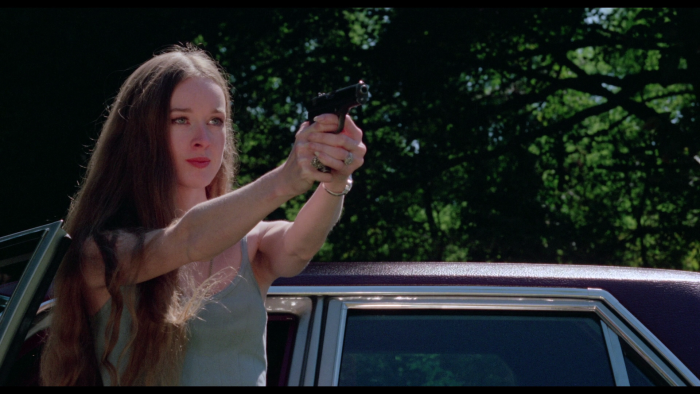 "I Spit on Your Grave" has spent the last 40 years growing into a divisive film for genre admirers and critics, sustaining a remarkable hold on film history. It's an offering of ultraviolence from writer/director Meir Zarchi, who details the undoing and rebirth of a woman brought to the edge of sanity by vicious (and ridiculously cartoonish) Connecticut goons who spend a day sexually assaulting her. It's rough content with rougher technical achievements, finding Zarchi limited by a tiny budget and his own lack of helming finesse. "I Spit on Your Grave" isn't pleasant, but that appears to be the idea, at least for a small stretch of the endeavor. The rest delights in the possibilities of drive-in entertainment, stroking revenge cinema highlights to best revive a traumatized audience. Your mileage may vary with this title, but the cult longevity of Zarchi's Z-movie is impressive. Read the rest at Blu-ray.com