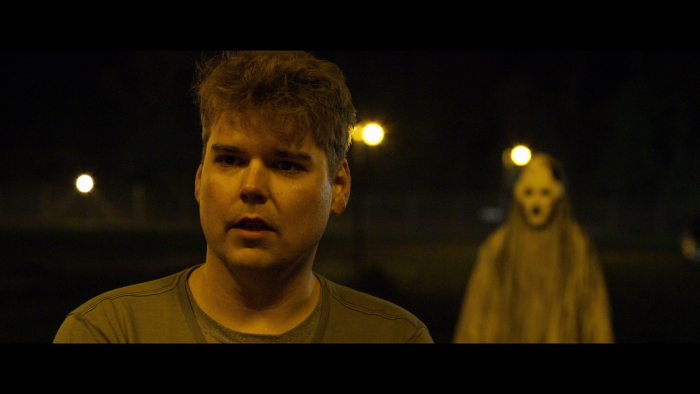 The screenwriters of "A Quiet Place," Scott Beck and Bryan Woods hope to preserve their directorial careers with "Haunt," which continues their fascination with scary business, this time using the rise of the "extreme haunt" business to create their own Halloween offering. It's a tempting setting, providing an atmosphere of aggression and confusion, but Beck and Woods don't pull out all the stops with their fright film, throttling "Haunt" with crude attempts at characterization and motivation, trying to fashion a substantial lead character when the picture really needs more madness. The feature deals mainly with formula, but the helmers don't choose to combat predictability, delivering a "Saw"-like jaunt into the business of evil, serving up six young things for the slaughter. Your patience is required. Read the rest at Blu-ray.com