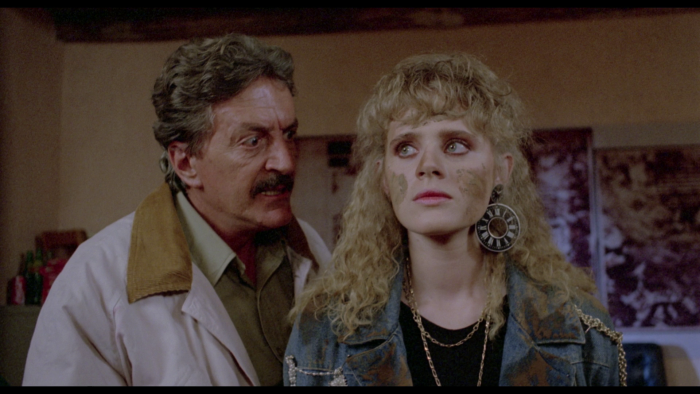 1989's "Grave Robbers" is a Mexican production from director Ruben Galindo, Jr., and the helmer loves to stage scenes of panic. Most of the feature is made up of characters in various stages of distress, trying to avoid certain doom from an undead executioner, and while the story begins with some sense of exploratory peace, the whole thing becomes a screaming competition in its second half. Ear fatigue is a very real thing with "Grave Robbers," but Galindo, Jr. is driven to compete with similar productions, trying to keep his picture alert with lots of gory imagery and evil events. With earplugs, there's an appealing genre offering to be found here, with the production ready to deliver gushy wounds and deadly encounters. Read the rest at Blu-ray.com