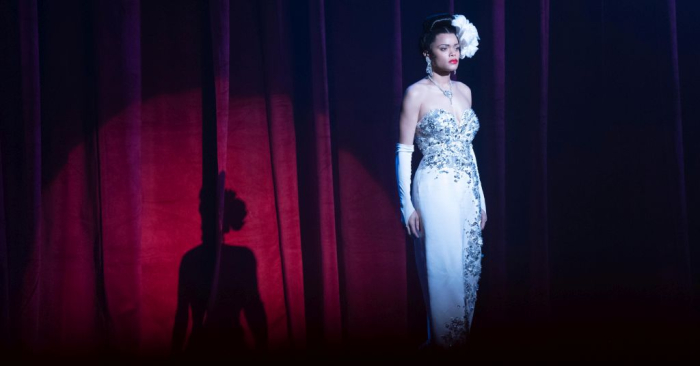 The story of Billie Holiday was perhaps most famously explored in the 1972 film, “Lady Sings the Blues,” which offered Diana Ross a chance to prove her dramatic skills while playing the famous jazz singer, who experienced a turbulent life involving abusive men and drug addiction. The feature used Holiday’s own autobiography as way to get inside the subject, probing her mistakes and fears to create an understanding of her life. “The United States vs. Billie Holiday” takes its inspiration from the 2015 book, “Chasing the Scream: The First and Last Days of the War on Drugs,” offering a 2021 take on Holiday’s pain, which includes an F.B.I. conspiracy to cripple her career and health as a way to silence her voice. The new perspective has potential, but director Lee Daniels and screenwriter Suzan-Lori Parks (“Girl 6,” “Native Son”) get bogged down in addict atmosphere, looking to replicate the heroin haze of Holiday’s latter years, charting her struggle to keep her head above water while dealing with all sorts of professional and personal challenges. Read the rest at Blu-ray.com