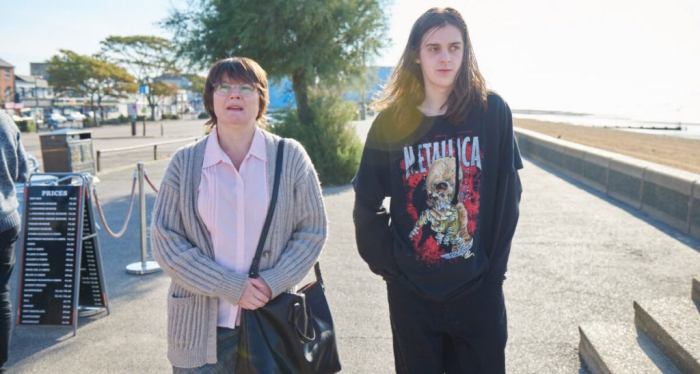 Simon Bird is best known as an actor, appearing on the television show “The Inbetweeners” and its big screen adventures. He makes his feature-length directorial debut with “Days of the Bagnold Summer,” taking on a small story involving rising household tensions between a mother and her awkward metalhead son. It’s an adaptation of a graphic novel by Joff Winterheart (the screenplay is credited to Lisa Owens, also making her first movie), presenting Bird with a creative challenge, tasked with preserving the still-frame life of the source material for a cinematic presentation. Dramatic goals are refreshingly modest in “Days of the Bagnold Summer,” which gets by on a healthy sense of humor and wonderfully lived-in performances from the cast, who bring a sharp sense of realism to the picture while Bird keeps the effort nicely paced and open to surprises. Read the rest at Blu-ray.com