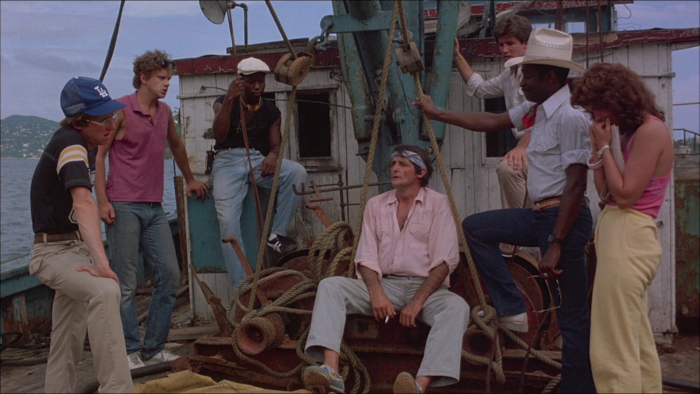 In the years following the successful release of "First Blood," the world demanded a new generation of action heroes. Men of honor. Men of muscles. Men of limited dramatic ability. Co-writer/director David Fisher ("Liar's Moon") skips these requirements for 1984's "Toy Soldiers," bringing in 45-year-old Jason Miller to portray a tough, seasoned war veteran capable of taking on an entire Central America rebel army. In short shorts and a Rambo bandana. Miller's a fantastic actor, and he's trying to get something started for Fisher, teamed with a cast of young actors who don't really understand what they're doing in this supremely goofy actioner. While he doesn't have the physical presence of a powerhouse hero, Miller commits to the endeavor, giving "Toy Soldiers" some needed thespian emphasis while Fisher struggles to sell the central idea of kids saving kids in the middle of a dangerous foreign land. Read the rest at Blu-ray.com