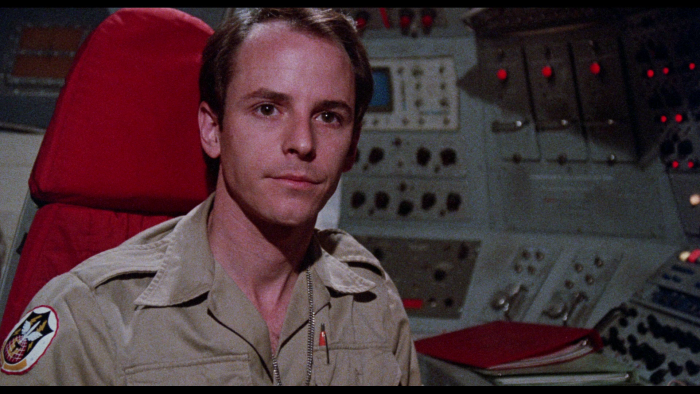 "Def-Con 4" is not a remarkable film, but it remains memorable due to its home video history. There wasn't a video store around in 1985/86 that didn't have a poster for the feature displayed prominently, and what tremendous artwork New World Pictures commissioned for the release. There was the image of a giant spaceship loaded with bombs, a city in ruins in the background, and the gruesome appearance of a skeleton inside an astronaut suit. If you happened to be a kid during these years, it was the stuff of nightmares, and if you happened to be old enough to rent movies, it was a likely choice for a potentially spooky weekend viewing. Of course, the actual "Def-Con 4" isn't anything near what's promised on the one-sheet, with the small-time, low-budget Canadian production a happy recipient of the Roger Corman Special: suck them in with glorious art, deal with disappointment later. Read the rest at Blu-ray.com