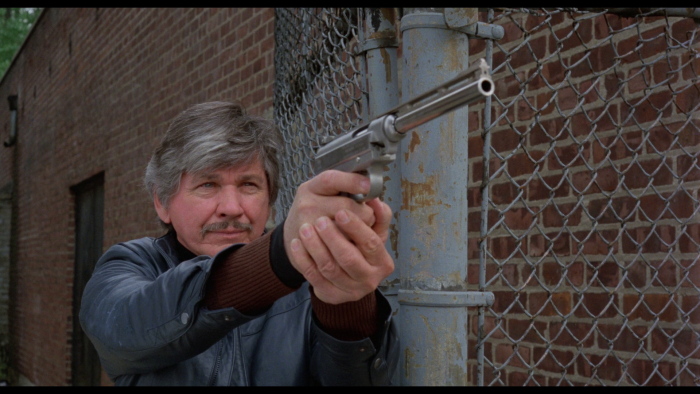 1974's "Death Wish" was a big deal in the careers of actor Charles Bronson and director Michael Winner. It not only gave them a big hit to sustain their careers, it delivered a vivid portrayal of vigilante violence that spawned numerous imitators, endeavoring to supply an imagined sense of emotional realism when dealing with exploitation cinema. While a singular viewing experience, the feature inspired a sequel in 1982, with Cannon Films sensing a future in the brand name, putting Winner and Bronson back to work with an unnecessary continuation that began to bend the franchise into absurdity while trying to remain serious about acts of revenge. For 1985's "Death Wish 3," there was nothing left in the creative tank, giving Winner a chance to run wild with the one-man-army concept, pitting Bronson against a street gang in an NYC brawl, offering no social commentary or interesting psychological analysis. It's just an over-the-top battle royal with mindless violence, thinly sketched characters, and a single city block to destroy. And that's exactly what makes "Death Wish 3" so compulsively watchable. Read the rest at Blu-ray.com