Film Review - Some Kind of Heaven 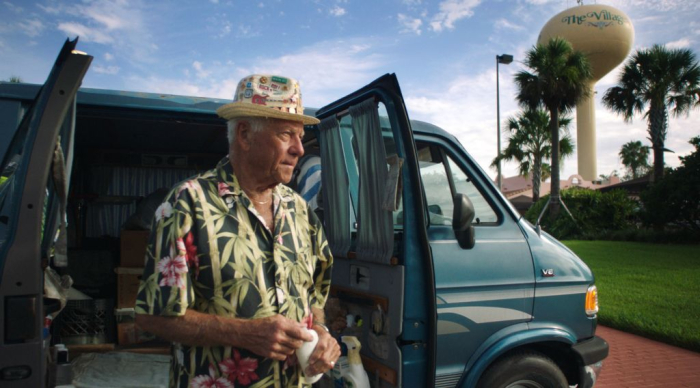 “Some Kind of Heaven” is a documentary that often plays like a scripted film. It’s the feature-length directorial debut for Lance Oppenheimer, a South Florida native endeavoring to explore the weirdness of The Villages, a Sunshine State retirement community that’s experienced a population explosion over the last three decades. With its various activities, community interaction, and promise of Floridian paradise, The Villages is a ripe topic for screen exploration, with Oppenheimer achieving access to the strange personalities who populate the place. He also takes a chance on storytelling, presenting an unusual balance of mockery and sensitivity with “Some Kind of Heaven,” which remains focused on the unusual lives it’s capturing, but also becomes a Christopher Guest movie at times, with the helmer occasionally unsure how to approach off-beat personalities living in a plastic wonderland. Read the rest at Blu-ray.com