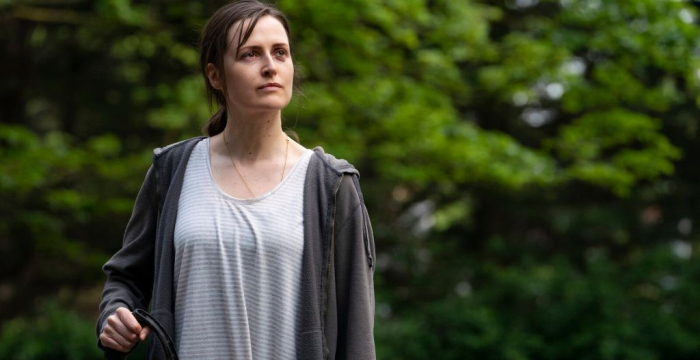 “Herself” is the first feature from director Phyllida Lloyd in nine years. She scored with 2011’s “The Iron Lady” and guided one the biggest hits of 2008 in “Mamma Mia,” but there’s been little sign of her over the years. Instead of maintaining career momentum, Lloyd returns with the smallness of “Herself,” which explores the personal hell of one woman trying to escape the horrors of domestic abuse while playing a dangerous game of hope with the secret construction of a home just for her family. Co-scripted by star Clare Dunne, the movie is an actor’s showcase, serving up hardships for the talent to examine with intensity, and Lloyd’s job is to keep the whole thing approachable despite some grim detours in legal and emotional challenges. Imagine Ken Loach on antidepressants, and that’s somewhere near the viewing experience of “Herself,” a noble but slightly formulaic film. Read the rest at Blu-ray.com