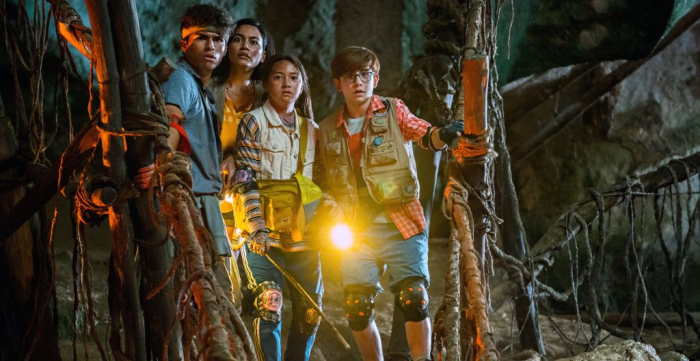 In the grand scheme of Hollywood business and the quest for guaranteed moneymakers from golden IPs, it’s amazing there hasn’t been a sequel created for 1985’s “The Goonies” or, more realistically, a remake of some sort. There’s plenty there to work with, leaving screenwriter Christina Strain (“The Magicians”) with a free shot to harness that special screen energy and find a way to reintroduce it to a new audience. “Finding ‘Ohana” isn’t nearly as feisty or madcap as “The Goonies,” but it’s clearly aiming to achieve the same dramatic goals, putting kids on a path to hidden treasure to seek adventure and help solve a few family problems. Director Jude Weng (“Fresh Off the Boat”) delivers some spirited sequences for the picture, but the material isn’t strictly after thrills, often more interested in the nuances of Hawaiian culture and the power of love. Read the rest at Blu-ray.com