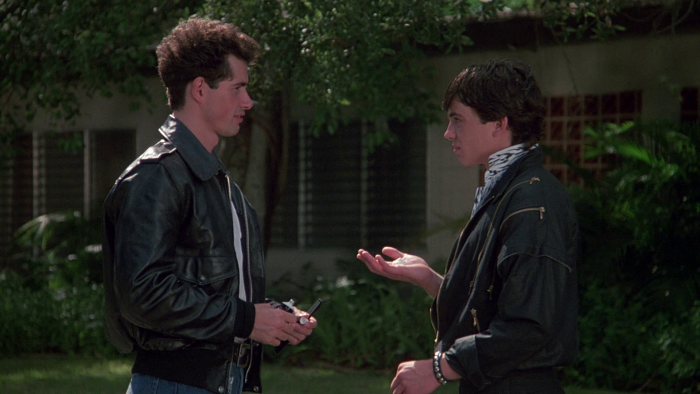 What makes 1985's "The Heavenly Kid" at least passably interesting is the way it tries to play into the teen horndog cinema trend of the day while also questing to be a bit sweeter than the usual routine. Co-writer/director Cary Medoway attempts to remain above the nonsense that usually emerges with lustful ways, bending the tale to be more about characters than basic adolescent gratification. It doesn't make the movie a classic, but it doesn't push the effort along with a compelling level of gentleness, even when it deals with leering camerawork and, well, lots of death. Medoway provides a pleasant ride with a strange situation of angelic protection and leadership, landing the essentials of the endeavor thanks to a capable cast and screenwriting (sharing duties with Martin Copeland) that's aiming a bit higher to connect with viewers, going for the heart instead of just the crotch. Read the rest at Blu-ray.com