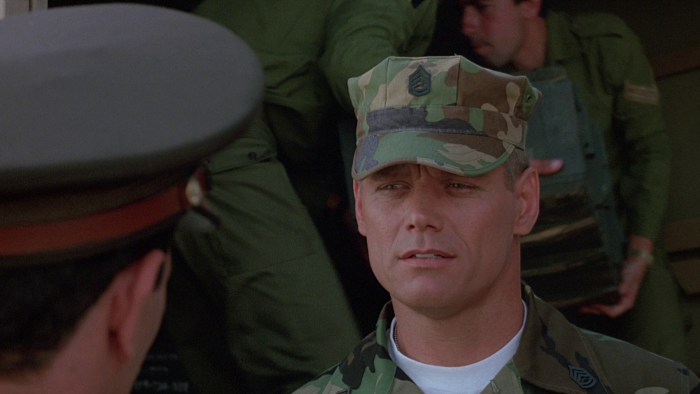 In the post-Rambo haze of the mid-1980s, Cannon Films was hunting for heroes, and ones who could believably mow down enemy forces and still pay tribute to American patriotism. For 1987's "Death Before Dishonor," the production talked Fred Dryer into making the leap from his small screen success on the T.V. show "Hunter" to a big screen actioner where he was the main attraction. Suiting up to play a Marine on the warpath, Dryer singlehandedly keeps the feature together, offering full commitment to the militaristic elements of the production, and he's an ideal tough guy for Terry Leonard, a stunt man (most famous for his work on "Raiders of the Lost Ark") making his directorial debut. "Death Before Dishonor" is crude entertainment, but as these one-man-army efforts go, Dryer is capable of summoning the right amount of fury to help the feature find its way to a satisfying conclusion. Read the rest at Blu-ray.com