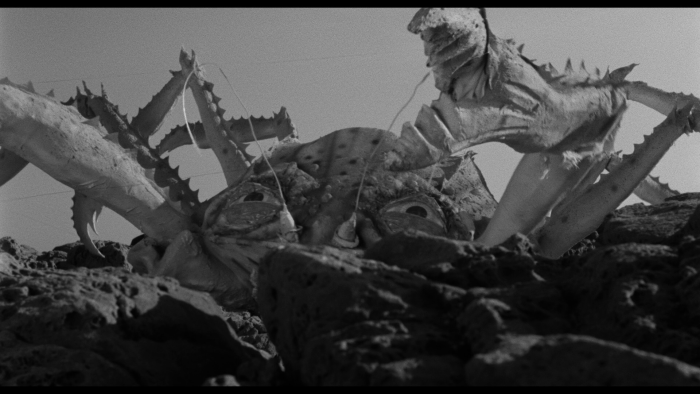 These days, directors are lucky to put out a picture every two or three years, taking a significant amount of time to perfect their endeavors, slowly adding to filmographies. In 1957, Roger Corman put in the work, overseeing the release of eight movies, refusing to slow down while in the midst of creative and financial opportunities. "Attack of the Crab Monsters" is one of these offerings, with Corman and screenwriter Charles B. Griffith attempting an atomic age creature feature, looking to the sea for inspiration as automobile-sized crabs become the source of all agony. However, "Attack of the Crab Monsters" isn't entirely consumed with destruction, with the production trying to introduce a little sci-fi to help with the oddness of a short but punchy effort. Read the rest at Blu-ray.com