Film Review - We Can Be Heroes 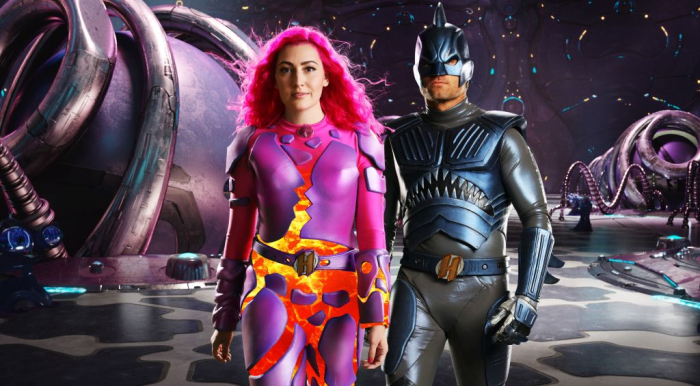 While marketing materials push the idea that “We Can Be Heroes” is a sequel to 2005’s “The Adventures of Sharkboy and Lavagirl,” it’s not the continuation most fans are hoping for. In fact, Sharkboy doesn’t have any lines and isn’t played by original actor Taylor Lautner, and while Taylor Dooley returns to the role of Lavagirl, she’s in the feature for roughly five minutes. What “We Can Be Heroes” really becomes is an opportunity for writer/director Robert Rodriguez to return to his childlike filmmaking POV after years away from family entertainment, putting him in charge of a CGI-intensive riff on “The Avengers,” only starring a group of pre-teen superheroes. Unlike “The Adventures of Sharkboy and Lavagirl,” the new movie is actually entertaining, with Rodriguez unsteady when it comes to portioning out action sequences, but he’s much less infantile this time around, returning to his “Spy Kids” (just the first picture) roots with a lively wish-fulfillment fantasy for young viewers. Read the rest at Blu-ray.com