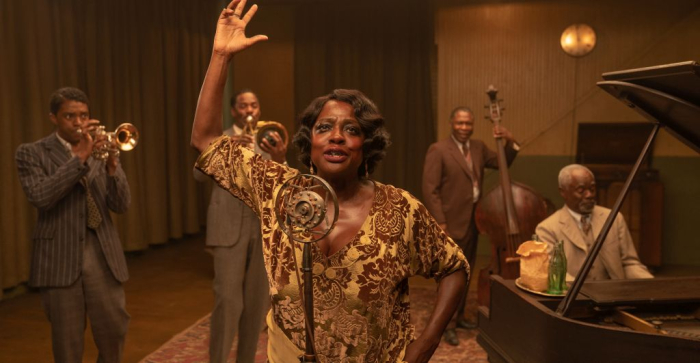 “Ma Rainey’s Black Bottom” is an adaptation of a 1982 play created by acclaimed writer August Wilson (“Fences”), which went on to a successful Broadway run, bringing the history of the titular singer, the “mother of the blues,” and her struggles to the masses. For the material’s big screen debut, little has been changed, with director George C. Wolfe (“Nights in Rodanthe”) retaining the theatrical nature of the work, putting gifted actors in Wilson’s sweatbox environments and filming the heavily rehearsed results. The screenplay (by Ruben Santiago-Hudson) preserves as much fire-breathing as possible from the original work, delivering a haunting overview of the black experience in the late 1920s, making specific points about exploitation and survival. A few moments get away from Wolfe, but the inherent authority and rich characterization in Wilson’s effort remains. Read the rest at Blu-ray.com