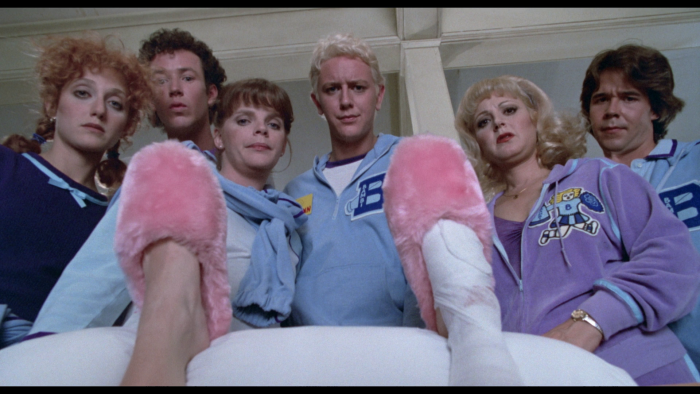 Film historians often celebrate the rise of fantasy moviemaking in the 1980s, with many productions chasing the success of "Star Wars," feeding an audience hungry for space opera escapism. Less emphasized is the rise of slasher cinema, thanks to the unexpected domination of "Friday the 13th," and many producers were also looking to replicate the comedic formula of "Airplane!" Horror and broad comedy were subjected to a mass milking by the industry, with some going a step further and combining the two genres, hoping to appeal to more ticket-buyers. 1981 presented "Saturday the 14th" and "Student Bodies," and 1982 delivers "Pandemonium," which offers a take on a serial killer with a taste for young victims, but also includes pie-in-the-face jokes. Screenwriters Jamie Klein and Richard Whitley try to create something of a story to support all the slapstick, but the general velocity of "Pandemonium" is managed by director Alfred Sole ("Alice, Sweet Alice"), and he's not afraid to try anything for a laugh, hoping the feature will magically fall into place by sheer will alone. Read the rest at Blu-ray.com