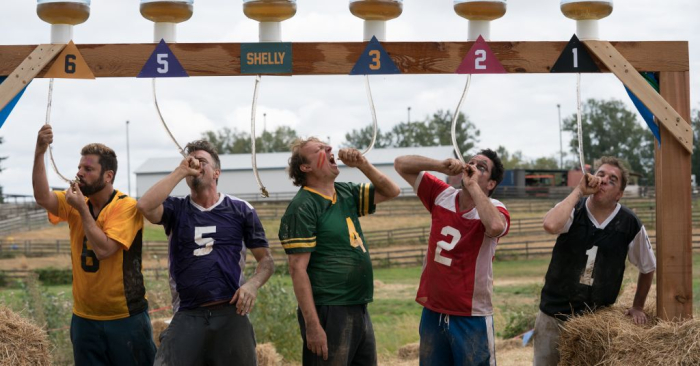 After riding an acting career that’s had its ups and downs, Josh Duhamel aims to reclaim some creative power with “Buddy Games,” making his debut as a writer/director. He’s created a raunchy comedy about best friends working things out during a custom competition, doing whatever he can to play into genre trends as he gathers a group of actors to deliver games of improvisation and manage the helmer’s appetite for gross-out situations. “Buddy Games” is a juvenile picture, but that’s Duhamel’s mission, working with WWE studios to manufacture a prime slice of broheim entertainment. That the film is spectacularly unfunny doesn’t seem to stop the production, which is determined to whiff with simple goals, seemingly obsessed to reach the bottom of the barrel when it comes to ideas for silly business. Read the rest at Blu-ray.com