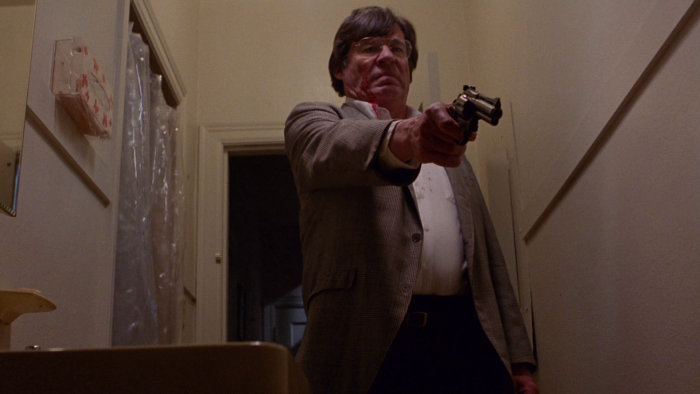 "Torment" is a mostly engaging, slightly unnerving suspense offering for about half of its run time. If one were to stop watching midway through, a positive impression is made, with co-writer/directors Samson Aslanian and John Hopkins ("The Dorm That Dripped Blood") managing to get a very low budget chiller up on its feet with a disturbing antagonist and a plot that sets up a somewhat unique cat and mouse game. "Torment" doesn't have enough creative gas (or budgetary coin) to go the distance, but there's a promising beginning, and that's nearly enough to support the entire endeavor, which finds a way to a few Hitchcockian highs before losing interest in a distinct battle between a criminal and the cop on his trail. Read the rest at Blu-ray.com