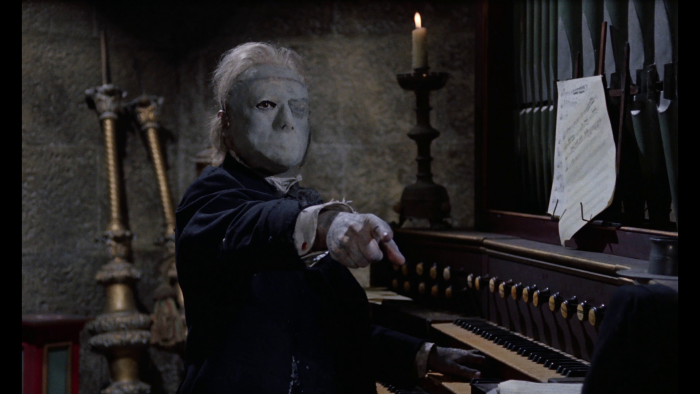 Returning to Gaston Leroux's original 1910 novel, Hammer Films tries to put their stamp on "The Phantom of the Opera," looking to compete with previous adaptations, including a 1925 silent picture starring Lon Chaney, Sr. For the 1962 version, Hammer hires Herbert Lom to become the titular character, and he does a terrific job in the part, gamely following the screenplay's interest in darkness, losing some of the romantic, obsessive aspects of the source material. Director Terence Fisher can't redefine the work to inspire a new classic, but he gets surprisingly far with his vision, which merges Hammer's gothic horror interests with little elements of Hitchcockian suspense, delivering a movie that's lovely to look at and retains a good amount of dramatic tension as it labors to find new ways to deal with old business. Read the rest at Blu-ray.com