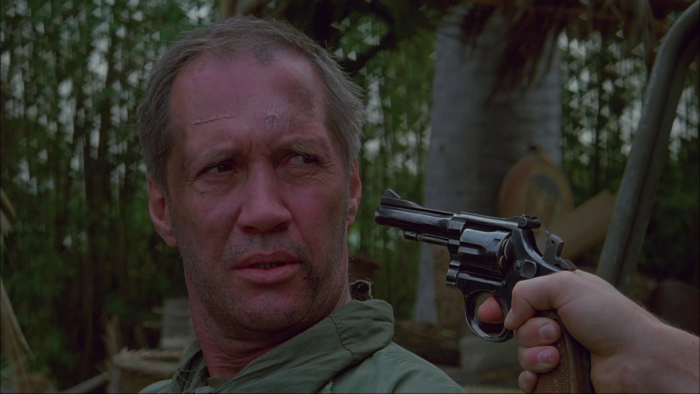 Trying to keep a good thing going after finding success with 1984's "Missing in Action" and its 1985 prequel, Cannon Films returns to war with 1986's "P.O.W.: The Escape," replacing the world-saving ways of Chuck Norris with the pale heroism of David Carradine. The decline in star power is noticeable, finding Carradine barely committing to a lackluster screenplay, unwilling to put in his best effort to help director Gideon Amir, who comes armed with all the blanks and explosions an action movie helmer could ask for, somehow forgetting to put just as much labor into characterization, making "P.O.W.: The Escape" nothing more than a theme park stunt show. Read the rest at Blu-ray.com