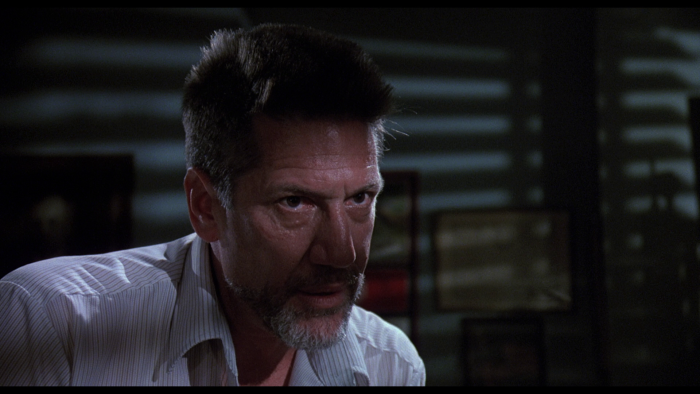 After scoring a significant success in 1989 with "Pet Sematary," Paramount understandably wanted to remain in the Stephen King business. "Graveyard Shift" was the next slice of horror to be served to audiences, only this picture was an adaptation of a 1970 short story, challenging screenwriter John Esposito to expand on a brief tale of a subterranean nightmare involving the discovery of mutated rats. Lacking significant source material to truly inspire a layered genre experience, "Graveyard Shift" works as an entertaining creature feature, though one where monstrous happenings are surprisingly less interesting than workplace intimidation. The film crawls to a close, but director Ralph S. Singleton provides a compelling first half, allowing strange performances and grimy sets to carry the viewing experience before wicked things with wings arrive to supply a more traditional gore fest. Read the rest at Blu-ray.com