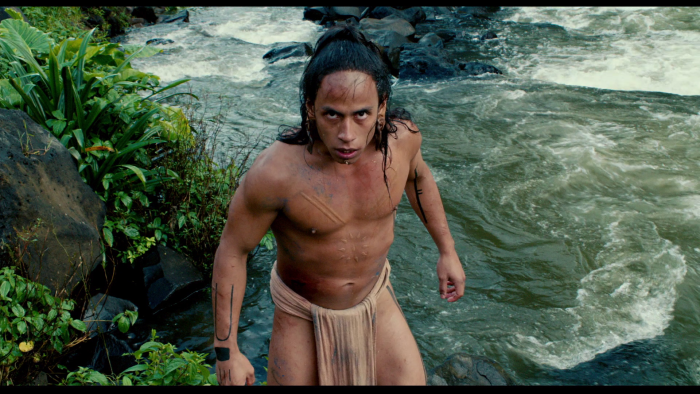 Mel Gibson likes violence. It's mother's milk to him, especially with most of his directorial choices. There was 1995's "Braveheart," which hid tremendous bodily harm behind a traditional historical drama, also testing rear-ends with a three-hour run time. Gibson was rewarded with big box office and Oscar gold, empowering him to go deeper into the darkness of human behavior with 2004's "The Passion of the Christ," where he tried to visualize biblical suffering by showcasing all manner of torture and death. Gibson was once again rewarded with huge box office, with most of the bucks going directly to him after a self-financing leap of faith paid off enormously. Trying his luck once again with history and horror, Gibson captures Mayan mayhem with 2006's "Apocalypto," looking to mix cultural imagery with a B-movie-style survival/revenge picture, keeping up his interests in screen pain with another marathon of men facing certain doom from the ruling class. Read the rest at Blu-ray.com