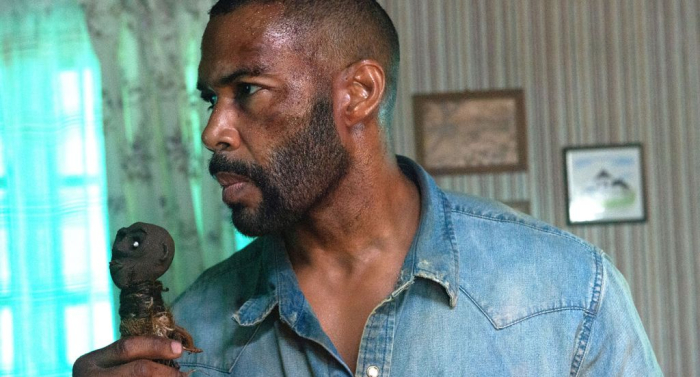 “Spell” is a film that appears to know what it wants to do to frighten its audience, at least during its first hour. The screenplay by Kurt Wimmer (who recently wrote the “Point Break” and “Total Recall” remakes, also the director of “Ultraviolet”) delivers a compelling introduction to an unfolding nightmare, mixing elements of voodoo and cult violence to establish an economical chiller that largely takes place in a single room. Wimmer isn’t known for nuance, and “Spell” doesn’t deliver it, which is generally a good thing when dealing with B-movie agony, keeping things ugly and disturbing. The picture eventually abandons a creeping sense of doom as it works toward a conclusion that’s more Fred Williamson than freak-out, but for an extended period of time, the endeavor has some imagination for nasty business, giving viewers a claustrophobic sense of horror involving the deep south and fantasy powers. It’s a shame it doesn’t end there. Read the rest at Blu-ray.com