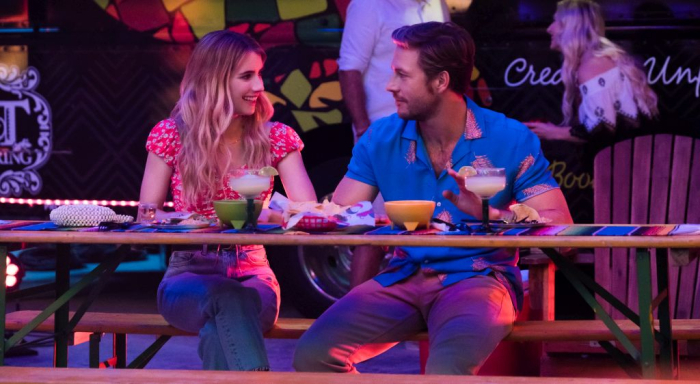 “Holidate” is written by Tiffany Paulsen, who previously scripted the 2007 “Nancy Drew” update and the 2016 remake of “Adventures in Babysitting.” She was also an actress for a few years, appearing as Suzi in the best “Friday the 13th” sequel of 1989, “Jason Takes Manhattan.” Paulsen has an idea with “Holidate,” looking to make a bitter version of a Hallmark Channel production, complete with R-rated shenanigans and rough language, trying her best to create an edgy take on known entertainment. Well, Paulsen’s not exactly putting in an effort with the movie, starting with a perfectly reasonable gimmick before she wears it down with consistently lame jokes and characterizations. The idea here is to create a romantic comedy that touches on all the holidays, providing a full calendar of funny business. Only Paulsen doesn’t land anything with authority, often going crude because it’s too much work to be clever. Read the rest at Blu-ray.com