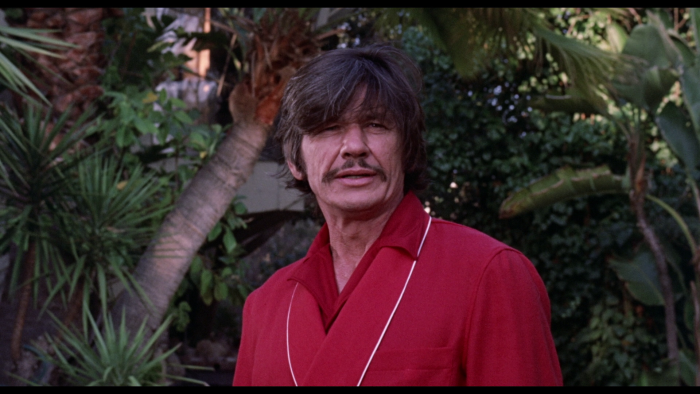 Entering the 1970s, a decade that would see his star power rise to its greatest level, Charles Bronson wanted to do one thing, and he did it exceedingly well. 1972's "The Mechanic" contributes greatly to his reputation as an actor of few words and less facial reactions, taking such restraint to the extreme with an opening sequence that doesn't include any dialogue for the first 16 minutes of the movie. The material (scripted by Lewis John Carlito, who went on to direct "The Sailor Who Fell from Grace with the Sea") is unnervingly suited to Bronson's thespian abilities, offering him a chance to act hard, kill people, and remain as perfectly still as possible. "The Mechanic" is a peculiar picture, but it does have defined highlights of intimidation and action, while the procedural aspects of the feature are fascinating, presenting a cooler overview of the assassin workday while director Michael Winner (who struck gold with Bronson in 1974's "Death Wish") fiddles with editorial and scoring dials to give a straightforward story some intrusive avant-garde touches. Read the rest at Blu-ray.com