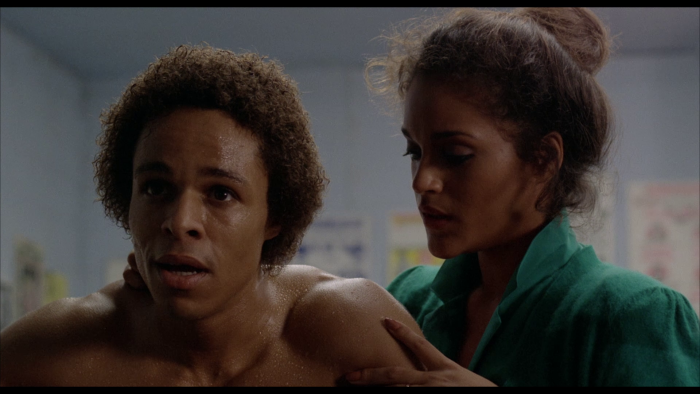 Receiving a career boost with his work on 1979's "Penitentiary," Leon Isaac Kennedy keeps the boxing gloves on for 1981's "Body and Soul," which returns the actor to the ring to portray another underdog battling his own demons. However, instead of toplining a scrappy B-movie, Kennedy tries to bend this production into something with more mainstream appeal, also scripting this loose remake of a 1947 Robert Rossen picture. With a blazing, triumphant score and story that concerns the efforts of a man to better himself and his life, it's clear Kennedy was hunting for another "Rocky"-style success. "Body and Soul" isn't as friendly as the Sylvester Stallone smash, offering harder behavioral edges and a strange sense of honor. The boxing is there, complete with a supporting turn from Muhammed Ali, but Kennedy doesn't crack the challenge of likability, giving his feature a distractingly weird assessment of nobility. Read the rest at Blu-ray.com