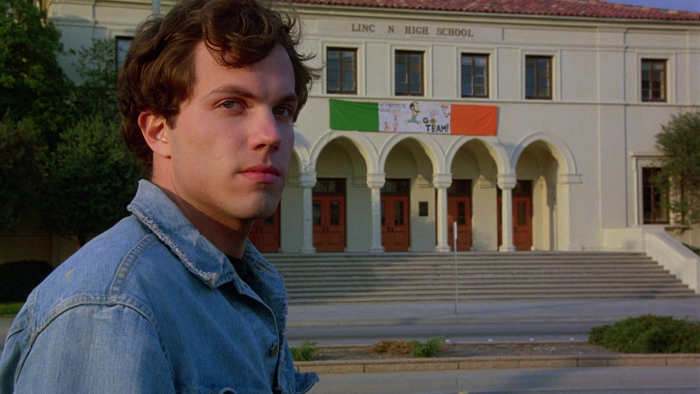 Perhaps the first mistake the producers made was titling the film "3:15" (aka "3:15 the Moment of Truth"). It's a poor title, doing little to sell what the viewing experience involves, offering numbers when swinging fist imagery was in order. The screenplay by Sam Bernard and Michael Jacobs explores gang warfare in a Los Angeles high school, downplaying real-world violence to make a graphic novel-style revenge picture, which blends in a little of "The Warriors" for taste. "3:15" is a broad offering of teen aggression, and while it gets a little too silly at times, director Larry Gross (who knows his Walter Hill stuff, co-scripting "Streets of Fire" and "48 Hrs.") has a certain level of authority with the pulpy aspects of the plot, trying to reinforce the danger of the central situation of intimidation. The feature gets away from him at times, but the entertainment value of the endeavor is present, especially for viewers who enjoy their mid-'80s offerings of juvenile delinquency. Read the rest at Blu-ray.com