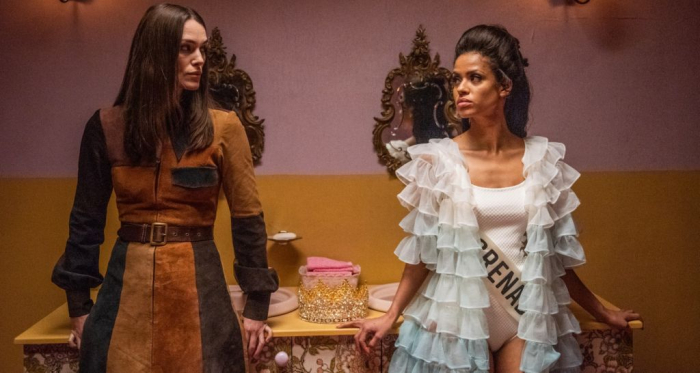 The messy art of revolution and the origins of a movement are charted in “Misbehaviour,” which recounts the efforts of the Women’s Liberation Movement as they attempted to disrupt the Miss World 1970 beauty pageant. The screenplay by Rebecca Frayn and Gaby Chiappe is based on a true story from 50 years ago, but it plays into topics of equality and objectification that remain in play today, creating a fascinating look at attitudes and offenses. Director Philippa Lowthorpe (“Call the Midwife” and “The Crown”) maintains a period look and guides a number of strong performances, but the core experience of “Misbehaviour” is unrest, watching those who dream of a better, more just world setting their sights on a British television institution, and, wisely, the writing manages to understand both sides of the argument while still remaining supportive of a team of twentysomething women and their battle to bring equality to England. Read the rest at Blu-ray.com