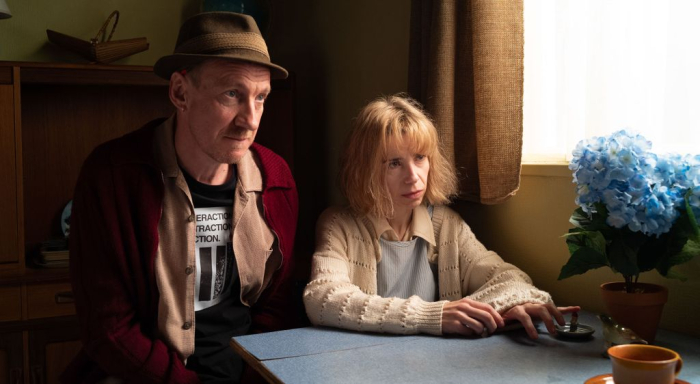 “Eternal Beauty” comes from writer/director Craig Roberts. He’s best known as an actor, appearing in the television show “Red Oaks” and movies such as “Neighbors,” “Submarine,” and “Tolkien.” He’s been in the business for quite some time, starting out as a kid, and now he’s trying to make something happen behind the camera, previously helming 2015’s “Just Jim,” and now he’s presenting the claustrophobic viewing experience of “Eternal Beauty.” A look at the winding ways of a paranoid schizophrenic woman and her family ties, the picture enjoys keeping the audience immersed in self-destructive behavior, with Roberts searching for the glory of empowerment in the darkest corners of the human mind. He hires top talent to realize such immense pain and confusion, and slams a visual stamp on the project, but this is a tough film to watch on many levels. It’s a respectable attempt to visualize mental illness, but asking people to sit through 105 minutes of restless hell is a big ask from Roberts. Read the rest at Blu-ray.com