Film Review - Death of Me 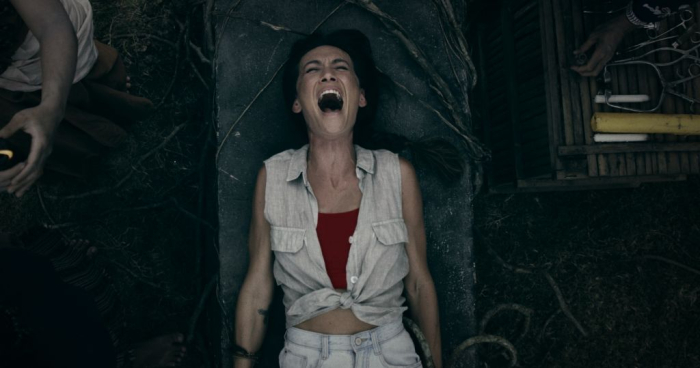 Despite a 13-year-long break from box office performance, director Darren Lynn Bousman has managed to keep working, remaining in the horror genre, where the budgets are usually low and the distribution deals are marginally profitable. He’s not an inspired architect of doom, riding his early success with the “Saw” franchise into forgettable efforts such as “Abattoir,” “St. Agatha,” and “The Barrens.” He returns to spooky stuff yet again with “Death of Me,” and despite the presence of three screenwriters and 20 producers, Bousman is basically remaking “The Wicker Man,” hitting similar beats of dread and community coercion. “Death of Me” has the benefit of an exotic locale in Thailand and a story that details early confusion with a found-footage-y twist, but there’s little presented here that’s original or even all that interesting, with the script running out of ideas long before the movie reaches its climax. Read the rest at Blu-ray.com