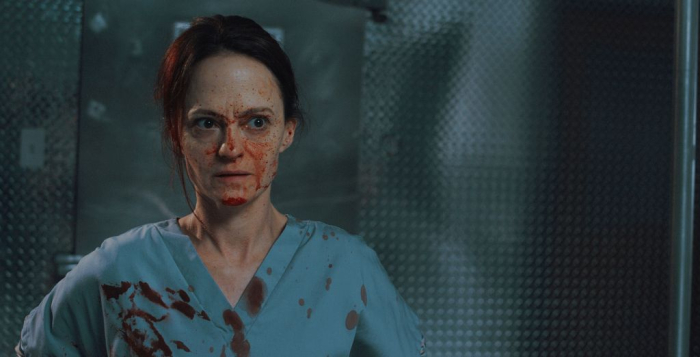 It’s probably not the best time to release a movie that depicts frontline health care workers as corrupt, depraved individuals bent on harming their patients, but “12 Hour Shift” isn’t a documentary. It’s a low-budget, darkly comedic thriller from writer/director Brea Grant, who’s in the mood to deliver something slightly twisted with the picture, offering time with dim-witted, addicted, and diseased characters dealing with a particularly active night inside an Arkansas hospital. “12 Hour Shift” isn’t sharply made, missing a roaring engine of chills and near-misses that normally accompanies such a viewing experience. Grant is trying for something more offbeat and unsteady, clearly enjoying a chance to play around with bad people and buckets of blood. Read the rest at Blu-ray.com