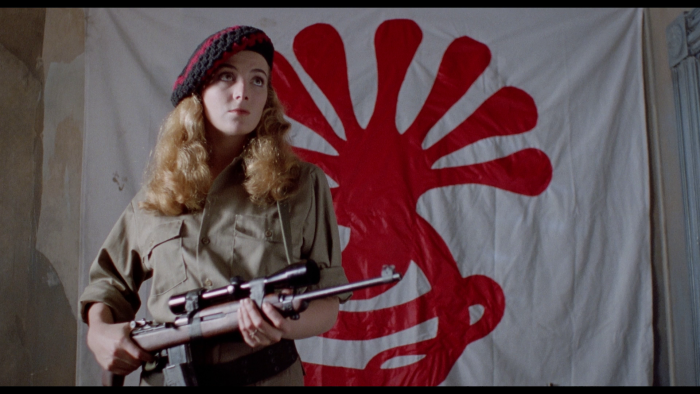 The saga of Patricia Hearst and her 1974 kidnapping has been explored in numerous media offerings, with journalists and dramatists drawn to the story's overt strangeness and ties to the Hearst legacy. For 1988's "Patty Hearst," screenwriter Nicholas Kazan goes straight to the source, adapting Hearst's 1982 autobiography, "Every Secret Thing." Director Paul Schrader takes the opportunity to probe into the mind of a kidnapped woman brought to her breaking point, examining days of imprisonment that eventually led to the birth of an unlikely "urban guerilla." Admittedly, the sheer oddity of the event is enough to fill a run time, but Schrader and Kazan struggle to locate the urgency of Hearst's transformation, getting lost in style without pinpointing compelling motivations, providing very little insight beyond what Hearst shares in her book. Read the rest at Blu-ray.com